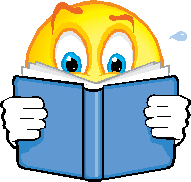 Research:  Minnesota National Guardsmen and families undergoing study for next 4 years on how deployment stress affects them.   Research study through the University of Minnesota.
The article, Deployment Toll Under Microscope, was written by Mark Brunswick and published in the Star Tribune, a main state-wide newspaper in Minnesota.

YouTube Promo Video on ADAPT
"Between 10 and 18 percent of returning Iraq and Afghanistan troops are likely to have post-traumatic stress disorder. Compounding their stress, nearly one in five will return without a job. Previous research has shown that citizen soldiers have had higher levels of PTSD, drug use, and other combat-related adjustment problems compared with active-duty personnel. The first year back for these troops can often prove more stressful for families than the actual deployment in a war zone."  --Mark Brunswick, "Deployment Toll Under Microscope", Star Tribune.


"For the next four years, hundreds of military families in Minnesota will submit to wearing heart sensors to monitor the stresses they exert on each other and allow video cameras to record their interactions as part of an extraordinary first-in-the-nation look at the toll exacted by deployments to war zones.
"This research is being conducted by the University of Minnesota, is aimed especially at gauging the impact on families of Guard and Reserve members, who have made up nearly half of the U.S. forces sent to Iraq and Afghanistan over the past decade. That number is unprecedented in modern American warfare and is likely to have a ripple effect on family life for years as troops return home and resume their civilian lives."--Mark Brunswick
The project's principal investigator is Professor Abigail Gewirtz, of the Family Social Science department within the University of Minnesota.
Why Minnesota?
Minnesota's demographics work well for the research.  [Military members, mostly] citizen-soldiers are generally older and more likely to have families than those [servicemembers] on active duty. And those families, [all National Guard or Reservists], often blend back in to small towns and cities after a deployment without the support system that a military base offers.
[The research] is designed as a practical method for improving parenting skills, using a well-established model for parenting intervention and applying it to the special demands faced by military families. (Source:  Mark Brunswick article)
What is this Research Program?
ADAPT: After Deployment, Adaptive Parenting Tools, Department of Family Social Science, University of Minnesota
A $3.2 million research project, funded through the National Institute of Drug Abuse and the National Institute of Health, will look at several hundred families between 2012 and 2016 to measure how the parenting techniques they teach in the ADAPT program will affect such factors as
1.  their children's risk of substance abuse
2.  behavioral problems and
3.  emotional problems
The course of the research is:

While ADAPT is constantly recruiting more families to participate in the program, so far (according to the Star Tribune article) 100 families have participated.
Of those families studied to date: 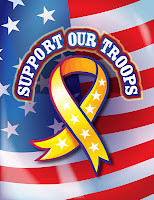 Where do Researchers Recruit Families to the Program?
According to the ADAPT webpage, to participate in the study you must meet the following qualifications:
1.  Minnesota National Guard families or Reserve families or veteran families
2.  Mother or Father of the family has had at least one deployment since September 11, 2001
3.  Family has at least one child between the ages of 5-12 years
Participating families receive some small compensation.

Definition of the ADAPT program and Mission according to their Homepage:
ADAPT is a project that is being conducted at the University of Minnesota with the support of the Minnesota National Guard and Reserves. We strive to learn about family resilience and to develop tools to support resilience among military families as they cope with the stress of deployment and reintegration.
We have been meeting with National Guard and Reserve families from throughout Minnesota – in fact, we have met with thousands of individuals who have helped inform our work. We honor the families and military staff whom we have heard from so far and we would like to hear from you as well.
If you are a parent who has at least one child between the ages of 5-12 years and at least one of the parents in your household has been deployed – please contact us to find out more about being a part of our project. We would love to hear from you!
Over the past year we have had the honor of facilitating over 40 parenting workshops related to the deployment cycle - and if you are part of the Minnesota National Guard or Reserves – you have probably seen us – or you will see us at your Family Preparation Academies and your 30-,60-, 90-day reintegration events.
We hope to not only learn from you about how to support military families – but we also aim to give back to the military community by providing workshops, newsletters and parenting groups that will arm your families with the best tools possible as you face deployment and reintegration.