The Weight Of War: New Efforts To Treat Pain
First aired on NPR's KUOW (94.9FM) February 15th, 2011.  To listen, click here.
Carrying the usual 70-80lbs of gear for the infantryman is causing long-term problems such as degenerative arthritis.  Why?  Possibly due to delayed diagnosis and treatment of musculoskeletal conditions such as a muscle or ligament sprain or strain.  A soldier in the field is discouraged by peers from seeking medical care for a minor injury such as a twisted ankle or sprained neck.  Soldiers are trained to grin and bear it and carry on with the mission.  This is a useful and necessary philosophy short term.  However, long-term, according to the story, these untreated repetitive muscle injuries are becoming chronic pain problems.

How is the Army, in general, responding to it? 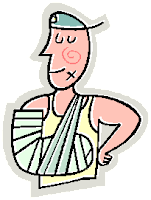 They are looking for low-cost and non-opioid ways of treating pain in returning soldiers and veterans.
"An ounce of prevention could potentially save the taxpayers millions.
Veterans Affairs (VA) disability payments to veterans of the wars in Iraq and Afghanistan retired with muscular skeletal conditions are around $500 million a year. That's a conservative estimate. The figure could soar much higher as tens of thousands of military personnel leave the armed forces and file for disability."--Patricia Murphy, NPR news correspondent

The use of CAM therapy, which includes acupuncture, massage, yoga, and meditation, helps musculoskeletal injuries heal and reduces dependence on opioids.  TriCare, the insurance company for active duty servicemembers, their families, and military retirees, says it will not cover complementary therapy until "proper clinical trials have been conducted".  I am not sure what they mean by this.  There are many studies that have shown the statistically significant benefits of acupuncture on pain management, and published in the English language, over the past 10 years. [More studies over decades but published in Chinese, German, and French.]

"Mind–body therapies like yoga and meditation can help patients manage stress and in turn help them deal with chronic pain. Flynn says this type of introspective care model is a major cultural shift for military docs, some of whom have a reputation for being too tough on patients complaining of pain."--Patricia Murphy 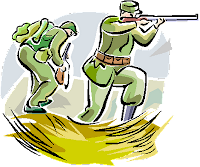 The Army incorporating acupuncture and other CAM* therapies into available treatment at MTFs** is exciting news!  Those who receive regular health care treatment at MTFs have been requesting CAM therapies such as acupuncture and massage therapy to be available to them at their local MTF for several years now.  [See related post on "Research:  CAM therapy . . ."]    Peace and healing to all those involved in this exciting change in military medicine.


Related posts:
What is the Training/Education Level of Your Acupuncturist?
Research: The Use of CAM Therapy Among Soldiers, Retirees
Meditation for Combat-Related Stress
NPR 5 minute story: Acupuncture in Army Medicine
Video: Acupuncture in Military--Kandahar
Acupuncture Used to Treat TBI at Military Concussive Care Center
Art Therapy for PTSD and TBI at Walter Reed
Posted by Megan at 4:30 AM